We are the Institute of the Blessed 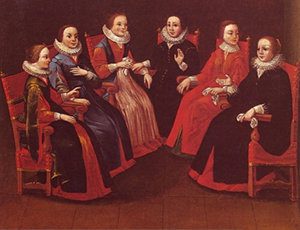 Virgin Mary (IBVM),commonly known to many as Loreto Sisters. We are drawn to companionship in the service of the gospel. Inspired by the Mary Ward’s Charism and the Ignatian Spirituality. We strive to support the growth in faith and freedom of each person through spiritual ministries, education, and other works of mercy which meet the needs of our times. As stipulated by our constitution: (1:11) we are called to:

…­­ ‘‘A great love of God, and the desire to do good, an attitude of openness to all good works, a freedom to refer all to God, and a readiness to follow the way of justice and sincerity in lightness of spirit.’’

This is the charism that Mary Ward desired to shine through all our words and works.

The Institute of the Blessed Virgin Mary, whose members are commonly known as the Sisters of Loreto, is a Roman Catholic religious congregation of women dedicated to education founded in Saint-Omer by an English woman, Mary Ward, in 1609. The congregation takes its name from the Marian shrine at Loreto in Italy where Mary Ward used to pray. Mary Ward was declared Venerable by Pope Benedict XVI on 19th December 2009. The Sisters of Loreto use the initials I.B.V.M.standing for Institute of the Blessed Virgin Mary. The Loreto fraternity is well known for their invaluable contribution towards evangelisation and education.

The mention of Loreto brings into mind the prestigious schools,the great churches and the distinguished women and Christians they have nurtured over the years.The Sisters of Loreto use the initials I.B.V.M. after their names. Today the congregation is engaged in a wide variety of new ministries: literacy programmes, spiritual direction, counseling, managing shelters for homeless women as well as several aspects of the movement for greater justice and peace in the world. They are active in every continent. The Loreto Sisters operate some 150 schools worldwide, educating over 70,000 pupils.

Mary Ward was born in Ripon in 1585. She entered a monastery of Poor Clares at Saint-Omer in northern France, then in the Spanish Netherlands, as a lay sister in 1606 and the following year founded a new monastery of the Order specifically for English women at nearby Gravelines. Mary Ward was inspired by the Spiritual Exercises of Ignatius of Loyola (referred to as Ignatian spirituality). She had a vision for a different, new and modern mode of religious life for women.[ She envisioned women living a life in companionship and discernment, inspired by the Gospel and engaging with the world without the constraints of the traditional cloister, nor an established ‘rule’ placing them under the governance of the local bishop. These ideas contradicted the norms established by the Council of Trent and presented great difficulty for the leadership of the Church of that period.

Mary Ward also believed that women were equal to men in intellect and should be educated accordingly. She traveled through Europe, mainly on foot, establishing schools in Belgium, Bavaria, Austria and Italy. The circumstances of the time and the widespread suspicion of Jesuits did not allow her to succeed with the foundation of a religious institute according to her vision. Indeed, although the Institute experienced significant success after its foundation in 1609, it was suppressed in 1631.

Empress Catherine the Great of Russia welcomed Ward’s educational innovations, and there Ward went, with the majority of her community. It revived gradually and developed, following the general lines of the first scheme. At the express desire of Pope Urban, Mary went to Rome. It was there that she gathered around her the younger members of her religious family, under the supervision and protection of the Holy See. In 1639, with letters of introduction from Pope Urban to Queen Henrietta Maria, Mary returned to England and established herself in London.
In 1642 she journeyed northward with her household and established a convent at Heworth, near York, where she died in 1645.