Mother Mary Borgia and another sister visted Kenya in 1903. The settlers were just arriving and there was as yet no contact with the locals. The ssisters left then because the settlers were not able to afford high class schools for their children since they also could barely survive. The settlers needed medical skills which thee sisters could not afford.
In 1920, the Mother General received an invitation by the Vicar Apostolic of Zanzibar Monsignor Neville. Mother Borgia who had gone back to Ballarat agreed to be the pioneer in Kenya. They went along with Mary Mary Gordon ,Sixtus Nauhton,Catherine Beauvais and Mother Mary Francis Teresa Murphy.
They started at Msongari in 1921. They started with 17 Pupils. They started also an adult learning group in the same place,for the poor but had to stop when men complained that the women will be too proud for them. By 1971,there were 700 students.
In 1925, they took over a Goan school located where the Catholic Parochial school is today. In 1929 another convent was founded in Eldoret. Loreto Mombasa was founded in 1936.During the second world war, the Msongari Convent was temporarly moved to Lumbwa and Msongari became a military house. Atemporary school was opened at velley road, in 1941 but later when Msongari re-opened,the students could not be accommodated in Msongari and thus Valley Road was retained.
In 1936, Loreto Limuru was opened for the African students. They aalso had a dispensary.later,the dispensary was turned into a hospital. Much later it was closed.
In 1948,Loreto Kiambu opened as a teachers training college. Much later, it became a secondary school.
St.Teresa’s Eastleigh was opened in 1953. The Goans and colored’s moved to the school. In 1967 Changamwe was opened in Mombasa. Her first class was under a mango tree. Later,later the sisters moved out.
There were also the red house Commercial College in Kiambu in the late 60’s as well 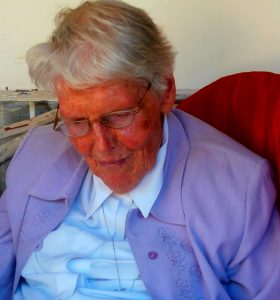 Sr.Colombiere was the Pioneer. It was a beer hall and later transformed to a girls school.

In 1969,Matunda High school was started
In 1968 Kenya Become a separate province.
In the 70’s Taru girls was started
1980 Matunda day was started which is now Loreto Convent Matunda
1986 Loreto Nakuru was started later closed when Caitriona was the Provincial
Kangemi was founded in the late 80’s
Mary Ward Centre was also started in the late eighties.
Loreto Nyakato; the school was started in 1998 by Loreto Sisters from Kenya. The sisters had been invited by the Archbishop of Mwanza Archdiocese, His Grace the late Antony Petro Mayala, who had observed that Girls in his Diocese, particularly in Nyakato Parish,were very behind in academics. He therefore invited the Institute of the Blessed Virgin (I.B.V.M) or loreto Sisters to provide this service because of their long experience in the field of education.
Foundations in Ghana; Response for Courage to move Sr. Peris was a missionary to Ghana this was 2005.
Karinde land and House was started in 2005 it was supposed to help us sustain ourselves
Hopefully in the next few years, we will be able to start a few more foundations.