Loreto Convent Msongari is located in a serene environment in Nairobi’s Lavington area. It was founded by the Loreto Sisters in 1921.
The school is a girls’ school offering both the Kenyan 8-4-4 curriculum (in primary and high school) and the British I.G.C.S.E. Curriculum (high school only) of education. The high school offers boarding and day facilities while the primary school has day schooling only. Our policies are guided on Catholic traditions and the Loreto ethos.
We aspire to mould a well balanced person integrating the physical, spiritual and academic aspects of the individual as well as cultivating and appreciating creative arts. Kindergarten Made up of Baby class,Nursery and Pre-Unit. Baby Class: Age 3 – 4 years. Nursery: Age 4 – 5 years. Pre-Unit: Age 5 – 6 years. We give priority to the girls who graduate to join Class 1 in our School.
Loreto Convent Primary School offers primary education starting from class 1 at the age of 6 – 7yrs through to class 8 (8-4-4 Only). The school has three sections Lower primary: class 1 – 3, Mid Upper: Class 4 – 5 and Upper primary: with class 6 -8. Excellent learning facility offering both 8-4-4 and (IGCSE) British curriculum of education. It is set in a serene conducive environment with day and optional boarding facilities for the girls for optimum learning. 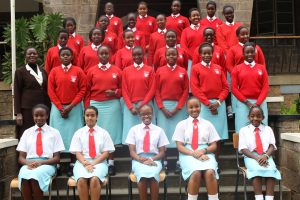 It is in a suitable position proximity to the capital city but away from the hustles of the city centre. The ambiance is serene and the state-of- the-heart facilities offer a conducive atmosphere for learning. Indeed during classes it is not easy for a stranger to recognize the premise as a school due to the quiet nature that greets everyone coming in for the first time!

Loreto Convent Valley Road, Nairobi was founded as a temporary primary school in May 1942 to absorb pupils too young to join Loreto convent, Msongari, which had evacuated to Lubwa. The British Army had occupied temporarily at the Loreto Convent Msongari school premises. The school grew so rapidly that by the end of the war in 1946, it was decided that the school be developed as a separate institution accommodating boys and girls. The school remained a co-educational primary school until the boys were finally transferred to St. Mary’s.

The school has expanded over the years entirely at the cost of the Loreto community and the generous cooperation and contributions of each generation of parents and well wishers. The secondary school started in 1948 as a single stream and continued at the same premises with the primary school. 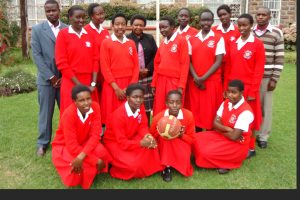 Loreto High School Limuru is an all-girls’ National School located in Karambaini, in the highlands of Limuru, Kiambu County, Central Kenya approximately 28 km /45 minutes from the capital city, Nairobi, Kenya. Loreto Limuru opened its doors to the first batch of students on 4 December 1936. The founders this school were Loreto Sisters who came from Ireland to Kenya in 1921 as Catholic Missionaries. The original vision of the founders this school was to educate African girls, who during those days were denied the right to an Academic Education.

The pioneers of this school which today has become one of the leading educational institutions in the country were sisters S.M. Dolores Stafford, S.M. Theresa Joseph O’Sullivan and S.M. Veronica Bradley. They believed, as did Mary Ward, foundress of the Loreto Sisters in 1609, that through education “Women in time to come would do much”. True to this vision today Loreto High school can boast of laying foundation for personalities such as Wangaari Mathaai who won Nobel ‘ peace Prize for protecting the environment.

The first task of the sisters was to prepare the girls to sit for the primary examination. They proudly began with 7 girls but due to severe cold and mist which is common in Limuru in the months of winter, on 1 August 1937 all of them disappeared overnight. Later they returned and in 1938 four girls sat the Primary Examination and began their Teacher Training course. 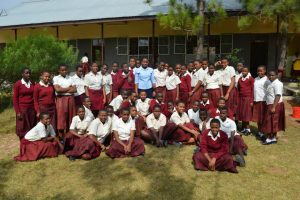 Loreto Nyakato Girls Secondary School is situated at St.Josephs’ Parish Nyakato, one of the estates on the outskirts of Mwanza town -Tanzania. Loreto Girls Secondary School is a Catholic Mission School which accepts all students regardless of their religion or ethnicity. The school was started in 1998 by Loreto Sisters from Kenya. The Sisters had been invited by the Archbishop of Mwanza Archdiocese, His Grace the Late Antony Petro Mayala, who through his shepherdship had observed that Girls in his Diocese, particularly in Nyakato Parish, were very behind in academics. He therefore invited the Institute of the Blessed Virgin Mary(I.B.V.M) or Loreto Sisters to provide this service because of their long experience in the field of education.